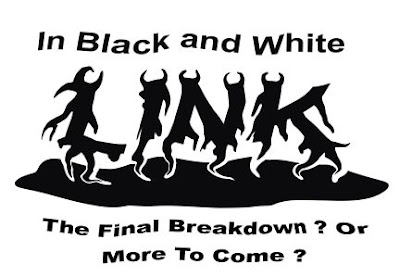 Dear Member
We are writing to inform you that we have received notice of the resignation of Rajinder Rattu, the current Birmingham LINk Chair. We would like to take this opportunity to thank Raj for all his contributions and wish him all the best in the future.
Kind regards (officer of)
Facilitator – Birmingham LINk Host

Who can save the future of health monitoring in Birmingham ? UserWatch previously covered how this Health Monitoring body seems to be melting down due to being termed : "unsafe" after it was pretty well ordered to get itself in good order .

It had no Standard Operating Procedures after 3 years apparently and frankly seems a bit of a mess .

It does have some good groups on it and we have seen their minutes and work but it does not seem to "link" well to itself and that problem originates right at its top "Core" group areas who appear to be unable to co-ordinate their own act properly .

Posted by PatientGuard at 10:53 AM No comments:

Well one thing is for sure - we'd all like a serious hero rather than the fecking zero status most of us are but HSJ Mogger - once little more apparently than a squiggle on a page, surely shows the way, with magical claw thinking ... The rest of us can reach for a pillow named "Dave" or even "Gord" since there were secret deals between all parties to feck us up for about 30 years by removing the manufacturing capacity with little serious policy to protect that (unlike Germany) and the over-zealous belief in bugger the working class - let them eat credit and benefits ..and silly fecking retail jobs and social engineering nuttery ..

Was it once pink with freedoms
But it turned cold blue
Did it give you your life
Or bite and bleed you ?

New Norman castles in the land
And the smells of blood
In the air
Its an old old beast
This blue one
That brings despair ...

.
Posted by PatientGuard at 4:21 PM No comments:

Acknowledgments To Silvis Rivers Who Sent This In

But some will be bitten into lasting ash ...

.
Posted by PatientGuard at 3:21 PM No comments:

Jack Gets Pickled By Eric In Sour Form 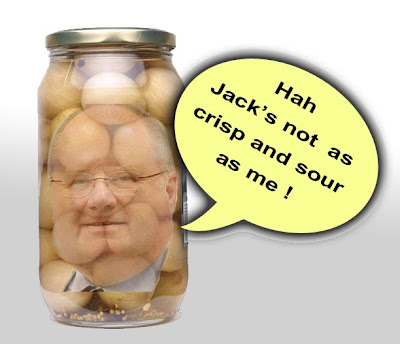 Well there's nothing like a bit of vinegar spitting in Parliament and Jack Dromey (Erdington Birmingham) and Big "EK" Eric Pickles have been at it . For sure Labour would have had to create cuts too, but the voting circus money is on a big vote for Labour in two years in Birmingham and a collapse in the votes of Lib Dem and Tories .

The massive cuts which will affect the disabled in Birmingham (4000) - which is part of the welfare to wolf policy, will be echoed by Employment Support Allowance migrations over from Incapacity Benefit this year too . That will bite deeper and deeper and the teeth from the chased welfare foxes will turn backwards onto the largely Blue Wolf .. Boy there will be red and red and red everywhere ..

Tracey Crouch (Chatham and Aylesford) (Con): Will the Secretary of State join me in congratulating councils that have protected front-line services through creative and innovative thinking about their budgets, such as Medway council, which has halved its funding to trade unions and given that money to fund library books instead?

Mr Pickles: I do indeed congratulate them. My hon. Friend points out to those on the Opposition Benches a way in which money can be directed towards the front line. I hope that the right hon. Member for Don Valley (Caroline Flint) will send out requests that Labour councils similarly to look towards trade unions and reducing their costs.

Mr Pickles: Let us be absolutely clear: these are Labour cuts. The Labour party was planning £14 billion-worth of cuts, all of them front-loaded. At least we changed the formula to help the most vulnerable. We find ourselves in a position where we know perfectly well that the Labour party would have inflicted even greater cuts on local government.

Posted by PatientGuard at 7:14 PM No comments: 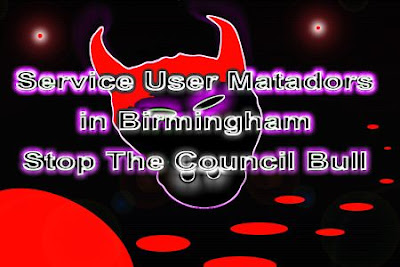 Stopping The Council Bull In Birmingham

Well it took the small guy - the Service Users in the end to take on the Birmingham Council barons of "fundingless" at the Hight Court and win . Third Sector Online lead the story well :

"Birmingham City Council's decision to cut more than £1m of funding from 13 advice charities in the city was unlawful, but only the three that challenged the decision should have their funding reinstated, a High Court judge has ruled.

The barons of "fundingless" are those along with other parties that helped to preserve the crazy economy and crazy banking system and the crazy way those who are disabled and in social care or health need will pay dis-proportionately for everyone else having lived off fantasy economics in the UK for quite some time without a manufacturing productive sector. Now you can see what happens when you invalidate a "working productive class" for 30 years or so ..

Neither the hands of Labour or Tories are clean in that and the middle class bureaucracies that sprung up under 13 years of Labour had better look at themselves and re-organise their lives for real work never mind attacking the workless welfare class and the disabled with tabloid media masturbations and prejudice - take a look at the subsidized lives of all and ask who is really fit to bear less and finally generate wealth ?

Or shall we claw the disabled ... ? Probably the latter knowing wolf class world out there.

The pattern of funding less advice orientated charities though is interesting for amongst them was Birmingham Tribunal Unit with a wealth of experience in tackling injustices and complex problems to those on benefits . Quite a number of these 13 small charities targeted were welfare advice type charities - meanwhile bigger charities out there have slurped at the bowls of local health and social care commisioners . We know who they are in Birmingham and as usual in mental health everyone knows who they are that suck off the lottery cash cow and various udder pots of milking money ..

Interestingly a reader on Third Sector Online states the obvious :

"Surely, there is a message here that bigger charities should step to the plate and take the fight against cuts by local councils to the courts. It's the smaller ones and their service users that are leading by example and taking practical action that are yielding results. It seems that the bigger charities are all talk and no action, and too scared to take on the bullies"

We might say some of the big charities are also the "bullies" ... Or the Bull for service user matadors to take on ..

Posted by PatientGuard at 5:27 AM No comments: 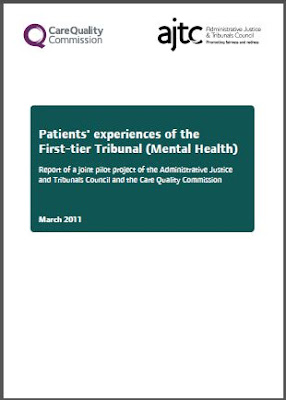 Its about time we heard what the patient experience is of how well the system of UK Mental Health appeal tribunals do their job when patients are detained on a "section" . Deprivation of Liberty safeguards are essential for people who have been detained under the Mental Health Act 1983 powers . So here's a March 2011 pilot study by the Care Quality Commission who together with the Administrative Justice and Tribunals Council have put together some extra safeguards by really listening to what patient's are saying .

"The AJTC is entitled by law to observe tribunal hearings but has no direct access to patients; CQC, while having access to patients, has no statutory right to attend hearings. It therefore made sense for both bodies to work together in order to obtain first-hand information from patients themselves about their experiences of the tribunal system."

Posted by PatientGuard at 6:07 PM No comments:

SWAN Conference
Film above and an extract below from the social workers Social Workers Action Network protesting about cuts . They are going to meet on 15th and 16th April by the look of it by the Birmingham University . We have had to screen capture their text (its not copyable as text ) and below is their advice about using the social media .. Wellllll it helps if you can copy text for a start .. 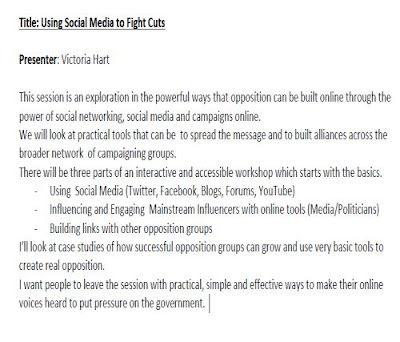 Their Full Document/Programme Is Here

We are genuinely not sure where everyone is going with "protest" though and the idea that someone out there or in here or somewhere or others can restore a State where needs can be met . In mental health where needs are often diverted into new ideologies of the day and corporate strategy, the idea of User Involvement was hijacked by careerists some of whom were every bit as greedy and selfish as so called "capitalists" ....Everyone banks on opportunities and bankers just did it too much speculatively (bastards!)

The bigger truth is humans look after themselves all the time and some accumulate more wealth because they are greedy animals at base that want more life opportunities or bigger self reflections to look at . Big brains means the likelihood of big imbalanced egos too .. Yep, people are bastards ...And have a guess what - all of us are people .. Except at UserWatch we are actually dogs that can write ...

Posted by PatientGuard at 4:51 PM No comments: