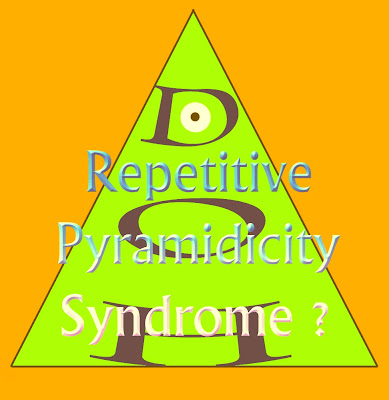 After several years of attempts at "Patient and Public Involvement" the Dept of Health (DOH) are at it again with a new document . Its called "Real Involvement" It was released on the 30th Oct 2008 ..

Its a bit of shame the document was so big at 6.1 MB because it does present problems of download for some members of the public and when oh when are the DOH going to produce simple black and white text versions for easy and economical printing ?

At 143 pages its hardly a User friendly document to encourage "Real Involvement". Most Service Users we know are already yawning at it and could not be bothered to read it - that is if they even have a computer.

Meanwhile Local Involvement Network (LINks) spiderlings are emerging out of the re-constructed hiatus web that Labour politicians and the DOH bureaucracy with its fear of real patient democracy created . Certain signs of some vision are occuring with some LINks in the UK but it is very early days and there is plenty of time for background concealed top level NHS attack on lay bodies like LINks, that dare to criticise local service delivery .

After years too of DOH politically correct "equality practice" good old class riddled Britain is hardly Mr Health equality either . We note a recent Health service Journal article provokes concern - it followed on from the recent Press Association's UK wide statement with a breakdown of Primary Care Trusts who were not keeping to good health-equality delivery practice :

NHS services in the poorest and most needy parts of the country are being systematically
underfunded to the benefit of the healthiest and wealthiest.

Analysis by HSJ of the budgets allocated to GPs to pay for drugs and hospital care for their patients show that the wealthiest tenth of the population are, on average, more than 2 per cent overfunded while the poorest tenth are 2 per cent underfunded.

The analysis, confirmed by health economists and the Department of Health, shows the inverse care law - which says those who need healthcare the most are least likely to get it - remains true nearly 40 years after the phrase was first coined.


Still in the field of "Real Involvement" UserWatch notes an article by Richard Knowles in the Health Service Journal . Richard looks at the use of the terms "Command and Control" - clearly wanting to rescue the terms from the critics of the bureaucractised NHS and make them re-cast as worthy of use ..

The problem is, the NHS is so weighted with bureacracy and centre-ism or inside giant existential glass dome protection zones that patients lose out out on REAL local control . Real local control cannot be exercised until the patient democracy has much closer power-to-purchase, and the accountability mechanisms to monitor that complimentarily lie inside local connections, as local in fact as General Practitioner Doctors (GP's) and local lay committee of public volunteers who can scrutinise the process over years for fairness .

The clogged up area that militates against "Real Involvement" appears to be a whole section of both DOH functions and local NHS functions which can actually be made worse by Govt's ideas that everyone should change into quasi-state-bureacrats in order to be "really involved" and protect the NHS ..

The truth is people want health budgets and not health bureaucracy and what we do have is command and control diversions from that simple truth ...In mental health (MH) do we have better recovery cycles for patients - do we have real therapy choices ? No... Do we have ways to negotiate with a State bent on turning everyone into a worker ? No .

Locally the NHS in Birmingham creates more and more of its own in house solutions and attracts a new form of patient bureaucracy to it . This idea was created by a combination of DOH and Dept of Work and Pensions planning plus some MH charities keen on getting in on the provider side to become job creation schemes themselves . We think this is questionable because of genuine lost treatment opportunity to other patients . At UserWatch we have seen that inside the local mental health services , the "assimilated" patients, are patients that are fit enough to work elsewhere .

Its just another case of bureaucratic diversion which will be spun out as creating work - paradoxically though, we think it keeps others quietly more disabled...

But what is happening to the patients who are not "equal to it all" ? - Lets get back to that theme - they are not the "healthiest or even the wealthiest" - and neither the most articulate - we think what is happening nationally on large scales is reflected in the way even at local levels in mental health services the NHS creates new mini enriched bureau-pyramids that also inverts the care law ...

Look its simple : The Basic LAW OF GOB ( GOB'S LAW) says - if you are wealthier and healthier you have a bigger and more articulate voice, and that is the point, the real practice of hearing the patient voice has to be allocations of care given via Patient Choice - "bottom upwards" as close to the patient as possible , and monitored locally and genuinely by the public with completely independent advocacy for those at bottom of the voice pile ..Its not "ideal" its REAL ...

At UserWatch we are sick of seeing MH charities locally being both providers of services (NHS contracted) and also in this cross organisationality so called "advocates" for some patients ... That is not right either - its a conflict of interest position and these exist more and more with the State becoming enmeshed without boundaries into all kinds of new types of organisations that have few mechanisms of real accountability ..

At The Bottom Of The Pile - More Evidence Nationally

Campaigners are frustrated by the delay to independent advocacy for mental health patients.

While most changes brought in under the Mental Health Act 2007 start taking effect this November, a delay to one is causing frustration.

The section ensuring the rights of detained patients to independent mental health advocacy services will not be introduced until April 2009.

The delay is proving a cause of some concern, particularly for organisations that successfully lobbied for the right to be reinstated, having seen it withdrawn after it was introduced in the original bill in 2004.

Posted by PatientGuard at 12:46 PM